Profiloplasty means profile aesthetics. Profile aesthetics aims to harmonize the profile by eliminating the defects in the side view of the person with respect to the gender of the patient. Nowadays, with the popularization of aesthetic perception, many surgical procedures are performed.

The most common of these are nose surgeries. One of the main reasons for the increased demand for nose surgeries is the complaint of not being able to breathe and nasal deformities. Breathing issues can be addressed together with the aesthetical concerns at once. The structure of the nose directly affects the beauty of the profile. If the person has a long, droopy, or humpy nose structure, it does not look good from the profile. 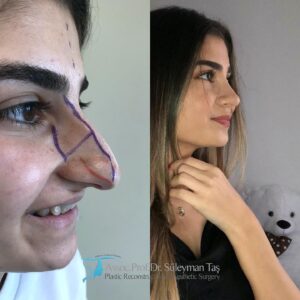 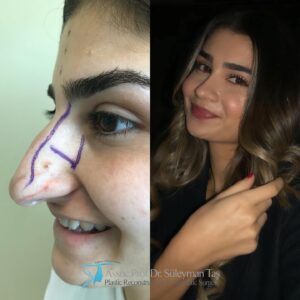 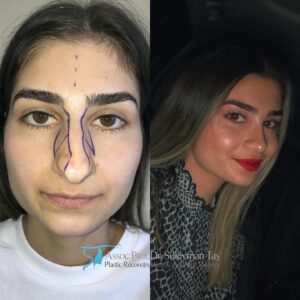 Therefore, the profile is significantly improved by nose surgery. However, in some cases, nose surgery alone may not be sufficient. Along with the nose, changes can be planned in other parts of the face. The angles considered for profile aesthetics are as follows;

What are the surgical procedures to be performed with profile aesthetics?

The forehead may be in a very flat form or concave shape due to its structure. This situation can be improved by the fat injection with the fat grafts harvested from the person’s own body. Fat injection is a surgical treatment that requires an operating room environment. Non-surgical fillers can be utilized as well. Another procedure that can be done on the forehead is treating the hairline area. The forehead looks smaller if the hair covers more than the area it needs to cover. To enlarge the hairless area the hair can be removed by the epilation method, accordingly, the forehead area can be expanded. The opposite of the situation is possible as well. If the hair is lost or does not grow, the forehead will look wider than usual. This width can be narrowed by hair transplantation. 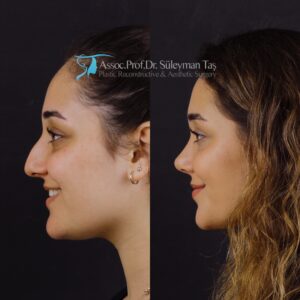 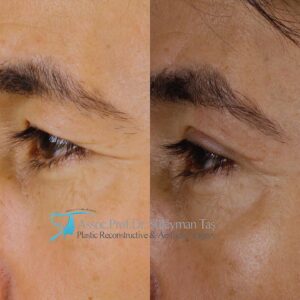 Prominent ear deformity also affects profile aesthetics when seen from the front and from the side. The ratio of the ears to the face is improved by Prominent Ear Surgery. 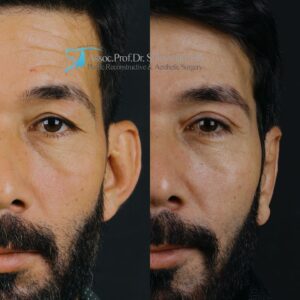 The so-called fleshiness, lack of volume, or sagging situation on the cheeks can be improved by surgical procedures or non-surgical fillers treatment. By defining the cheekbones, a harmonious profile will be achieved. 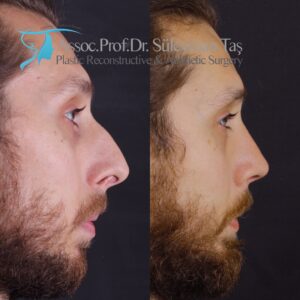 In some people, the lip structure may be weak and lack volume. Fleshy and curved lips can be achieved by the surgical fat injection procedure or non-surgical fillers to the lips as seen below. 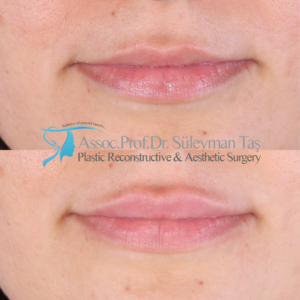 The chin element is one of the most important factors that directly affect the profile. The fact that the chin is overly-receding (weak) or overly prominent compared to the face distorts the profile. The receding (weak) chin can be augmented with the help of the surgical fat injection or by placing the implant, additionally with the non-surgical fillers. An overly-prominent chin is reduced by the chin reduction surgery thus creating a harmonious profile. A double chin is an excessive skin formed as a result of fattening of the area under the chin. The procedure to be performed for the double chin is the Vaser liposuction surgery. 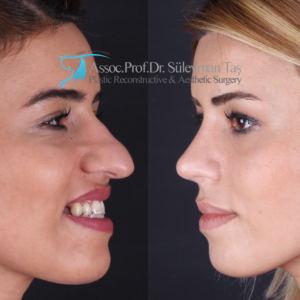 Sagging in the neck area is one of the factors that adversely affect profile aesthetics. This situation ended with the neck lift surgery. 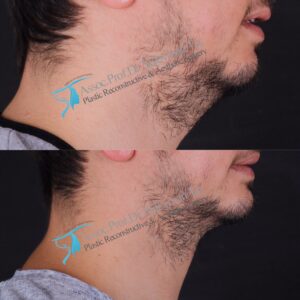 All these treatments can be performed one by one or in combination. You may find out which procedure and method will be suitable for you during a detailed physical examination by Assoc. Prof. Dr. Suleyman TAS, whom you will meet in your research on the best plastic surgeon.

8 comments on “Profiloplasty: What is Profile Aesthetics?”

Do you perform a secondary rhinoplasty?

Yes, every second surgery is a revision(secondary) rhinoplasty. For more before and after pictures please click on the link https://drsuleymantas.com/revision-rhinoplasty-before-and-after-pictures/

Mariam, rhinoplasty in experienced hands can balance the appearance of a whole face, however doesn’t work well with severe facial asymmetries.

Hello Irie, buccal fat removal is performed by me and can be combined with rhinoplasty. For more information please contact via whatsapp no: +90 543 456 36 93

Hi Doctor! Can we see the expected result of our nose(simulation) before performing rhinoplasty? 🙂

Hi Rowan,
With the help of simulation first we can understand you requests better and second it will give you an idea about you nose look after healing phase is completed which is one year on average. Regards.