Ethnic Rhinoplasty is the art of making a natural looking nose that has characteristics related to the race (European, African, Middle Eastern, Latin American, Asian and Hispanic) to which people belong. With various surgical techniques, the cosmetic shape desired by the patient is performed by correcting the deformities in the nose. As a matter of fact, since rhinoplasty is a personal procedure, each rhinoplasty is planned according to the specific facial features and general nose structure of the patient. However, the different ethnic structures of individuals highlight certain characteristic nose types. Considering the nose structure of Asians, it can be said that the nose structure is generally smaller and humpless compare to other ethnic noses. Depending on this situation, the scope of the rhinoplasty operation will vary.

Common Nose Characteristics by Ethnicity and the Applied Method

Common features are seen in nose types originating from different ethnicities. Surgical techniques for noses with this feature also differ. Ethnic rhinoplasty is significantly different from conventional rhinoplasty for people of Caucasian descent. Nasal structure that requires cartilage and bone removal is seen in Caucasians, but ethnic rhinoplasty is performed in people of African-American origin or Asians, with nose augmentation and cartilage addition method. Most importantly, ethnic rhinoplasty aims to help patients improve their facial appearance without losing their unique facial features.

Nose Augmentation: Augmentation is common in all ethnicities. Subtle changes are made to the angles and the definition of certain areas to balance the proportionality of the nose. It is mostly done by rearranging the cartilage. In some cases, cartilage (graft) may need to be taken from the rib due to cartilage deficiency. Examples;

Nose Reduction: Reducing the physical size of the nose by removing cartilage and bone from the infrastructure. The goal is to bring the previously protruding features closer to the rest of the face. This is more common in Middle Eastern patients.

Projection: Increasing the physical size of the nose by grafting cartilage from the patient’s septum and/or ribs to the underlying structure in the flatter areas of the nose. Projection allows these areas of the nose to stick further from the face, resulting in a narrower, more elegant and more balanced look. This is more common in African-American, Asian, Pacific Islander, Native American, and Hispanic patients. 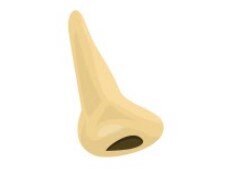 From generation to generation, Europeans have facial phenotypes and nasal characteristics belonging to their ethno-cultural, hybrid and geographical features. While the nose structure of European origin varies, they mostly have thin skin, an upturned nose tip, a thin and prominent nose structure.

The most popular requests from European rhinoplasty patients are: 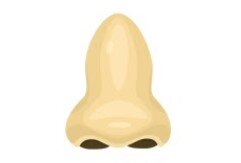 Some of the most popular goals for Middle Eastern rhinoplasty patients include: 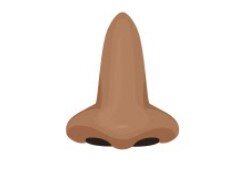 Some of the most common goals and aesthetic preferences among black rhinoplasty patients are: 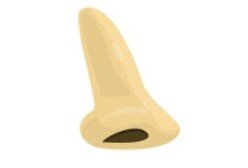 Hispanic rhinoplasty; It is a term that encompasses nose surgery for individuals of many different Hispanic and Latino descent, including people from or with ancestry from Spain, Mexico, Central America, South America, and various Caribbean island nations. Many Latin patients complain of the flatness or arch of the nasal dorsum, and this type of nasal dorsum causes the nose to appear much wider than it is. In Latin patients, the nostrils and nasal tip may be wide, and the nasal skin may be thick. Recession of the nasal wings is very common in people with a typical Latino nose.

While the exact reasons for continuing treatment are entirely unique to each person, some of the most common cosmetic and functional aspirations shared by most Latino/Spanish rhinoplasty patients include:

Instead of using silicone implants or other artificial materials, the patient’s own skin, bone, and tissue are grafted in to enlarge areas of the nose. Using the patient’s own materials significantly reduces the risk of complications and provides a more natural-looking result. Since the nasal structures of ethnic patients are different, implants may be ineffective. For example, Hispanic patients have slightly weaker nasal bridges and African-American patients have more fibrous tissue, both of which may not effectively support the facial implant. 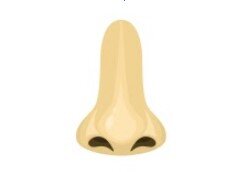 Asian rhinoplasty is a term that encompasses nose surgery for individuals who wish to improve the appearance and/or function of the nose while respecting the unique characteristics of individuals from or native to China, Japan, South Korea, and various other Asian countries.

Some general cosmetic and functional preferences shared by many patients seeking Asian rhinoplasty include:

Do I Need An Implant in Asian Rhinoplasty?

Implants are often used in Asian nose reshaping, as many Asian noses have low nasal bridges that need to be lengthened and raised. The best way to determine what is right for you is to discuss this in detail during your consultation.

Do I Need Graft Tissue for Asian Rhinoplasty?

One of the characteristics of Asian noses is the relatively low, flat, and wide nose bridge, which can make your nose appear short.

As mentioned earlier, different races have certain characteristic nose and facial structures. In ethnic rhinoplasty, genetic characteristics are taken into consideration and the ethnic characteristics of the person are tried to be preserved as much as possible. The aim is to reshape the patient’s nose and repair any structural defects. What is important in ethnic rhinoplasty is not the elimination of the characteristic features from the ethnic group to which the person belongs; is to make a person a beautiful member of the race to which he belongs. In ethnic rhinoplasty, as well as in all nose surgeries, a planning is made to take care of the natural rhinoplasty. Therefore, the golden ratio is observed when performing ethnic rhinoplasty. In other words, a road map is drawn by considering all the elements of the person’s face and patient wishes. Within the scope of ethnic rhinoplasty, cartilage reduction or augmentation practices are applied to a certain extent in line with the wishes of the patient. In this way, the nose is reshaped and modeled. Nasal lines can be made more prominent with cartilage grafts added according to the created surgery plan. The bridge of the nose can be enlarged with cartilage grafts, the nose can be elongated or the tip of the nose can be clarified. This includes the process of narrowing the base of the nose. At this point, the important thing is the surgery plan that the doctor creates by taking into account the results obtained after the examination and your demands.

The main techniques and technologies used in rhinoplasty operations are as follows;

The rhinoplasty technique and technology used in ethnic rhinoplasty is also important. As TAS Aesthetic Surgery Center, we use closed technique rhinoplasty and micro-motor technology, which is superior to other techniques in ethnic nose surgeries. You can click on the link below for detailed information on the subject.

In the light of this information, the most typical concerns of ethnic rhinoplasty patients and the most appropriate method they want are shown below. Any plastic surgeon should also offer you options based on your unique characteristics and goals.

Who Is Ethnic Rhinoplasty Suitable For?

Suitable nose types for ethnic rhinoplasty can be listed as follows; Those who have a very small, very flat nose, if there is a nasal imbalance that is incompatible with the chin and forehead structure, if there are wide nostrils, conditions such as width and length that spoil the aesthetic appearance of the nose. Patients with common nasal features such as droopy, disproportionate and asymmetrical noses, bulbous nasal tips, and excessively upturned nose are also suitable candidates for this operation. As in other nose operations, ethnic rhinoplasty cannot be performed in children who have not completed their nose development, patients must be at least 17 years old.

What Are the Risks?

As with most surgical procedures, there are risks in rhinoplasty. One of these risks is the anesthesia used during the surgery. Swelling in the nose is not a risk. It is the skin’s natural response. 80% of swelling resolves in the first two months. The nose takes its final shape in 12 months. Relatively rare risks include asymmetries, delayed healing, numbness, infection, and scarring.

Many of these risks can be avoided with technical expertise and skill. Revision rates for rhinoplasty are around 8% in the World. Since smoking delays the healing process, it is recommended that patients quit smoking before surgery.

Will There be Any Scars After Ethnic Rhinoplasty?

Rhinoplasty operations are performed in two ways, closed and open. The method to be applied is decided by your doctor according to the problems that occur in the nose. The most important feature of the operations performed with the closed technique is that the surgical incisions are removed from the inside and there is no scar. In surgeries performed with open technique, an external incision is applied. Since these incisions are in the lower parts of the nose, they are not seen if they are not looked very carefully. While there is a possibility of scarring in open surgeries, there are no scars in closed surgeries.

Is Ethnic Rhinoplasty a Difficult Operation?

In the past, rhinoplasty was a very difficult operation due to the lack of technology and the recovery period was also quite long. However, as a result of technological advances, rhinoplasty operations can now be performed very easily and successfully by doctors. The degree of difficulty of the operation varies according to the problems in the nose.

How Does Ethnic Rhinoplasty Affect The Sense Of Smell?

Swelling of the nasal structures may cause rhinoplasty to alter the patient’s sense of smell. Fortunately, the normal sense of smell should return as the swelling subsides. Some patients notice an improvement in their sense of smell after the procedure because of their open nasal passages.

What are the Points to Consider in Nose Care After Rhinoplasty?

After rhinoplasty, attention should be paid to nose care. Therefore, in addition to following the doctor’s recommendations;

You can access detailed information about the issues to be considered before and after rhinoplasty through the relevant links.

We have come to the end of our blog post about ethnic rhinoplasty. We have given you detailed information so that you do not have any doubts about the process. For your questions, you can contact us from the comment field below or WhatsApp.

0 comments on “What is Ethnic Rhinoplasty?”