Welcometo Our Clinic for Otoplasty

Otoplasty is a procedure that changes the shape, position, or size of the ears and is also known as cosmetic ear surgery.

This procedure has a very important place in facial aesthetics and has been the solution to psychological problems for years by increasing patients’ self-confidence. The most common ear aesthetic is Prominent Ear Aesthetics which is followed by earlobe aesthetics, ear anonymities, and ear prosthesis. 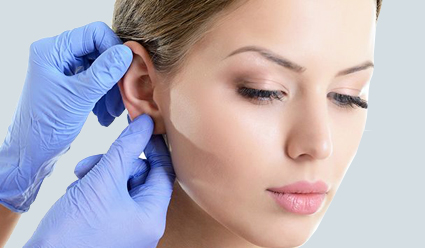 Stands for profile aesthetics and aims to attain facial harmony via eliminating side view defects which helps to attain golden ratios on the face. Forehead – Nose, Nose – Lip, Nose – Jaw Line and Jaw – Neck corelations are considered during profiloplasty. 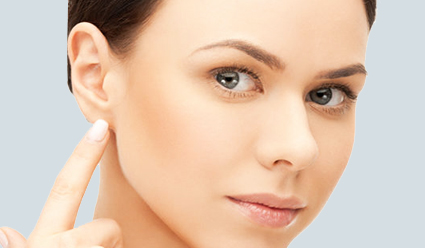 Face & Prominent Ear Surgery Before and After Gallery

A procedure that changes the shape, position, or size of the ears and also known as cosmetic ear surgery. Assoc.Prof.Dr. Suleyman TAS uses his own developed Flap Technique to get natural and beautiful look 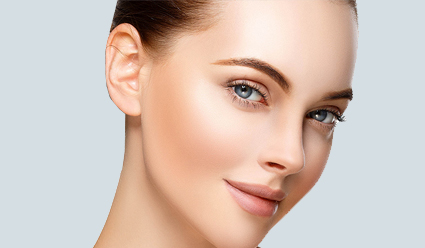 A procedure that helps patients to have a younger looking face via removing excess skin from the face and smooth wrinkles. Assoc.Prof.Dr. Suleyman TAS uses most preferred techniques that developed in Belgium.

Prominent ears are the most common congenital ear deformity with a prevalence of about 5%. A prominent ear is genetically inherited. If the ears are higher and/or wider than normal, they may not have aesthetic look.

During prominent ear aesthetics, the angle between the ear and the head can be reduced to have a more harmonized face.
Assoc.Prof.Dr. Suleyman TAS uses his own developed “Flap Technique” to get a natural and beautiful look for ears. This technique is awarded by the Turkish Plastic, Reconstructive, and Aesthetic Surgery Association and published in the most known scientific magazines, Aesthetic Surgery Journal, Archives of Plastic Surgery, and Annals of Plastic Surgery.

Advantages of the “Flap Technique”
• This technique can be performed with local anesthesia
• No stitches removing, thanks to absorbable sutures
• Patients can get back their social life the day after the surgery with the help of atraumatic approach
• No bruising and minimum edama due to not touching the front side of ears
• No irregularities on the cartilage, since there is no intervention to them
• No re-opening after the surgery due to using flap technique
• No barrier to use glasses
• No scar problems
• Permanent

Healing Phase of Prominent Ear Aesthetics
Assoc.Prof.Dr. Suleyman TAS performs prominent ear aesthetics under under local anaesthesia. If the patient is younger than 10 years old, general anaesthesia is recommended. The operation takes 45 minutes. The patient is discharged from the hospital on the same day and can take a shower without washing ears. 48 hours after the surgery ears can be washed. The bandage is removed next day of the operation. No head band is needed. The patient should be careful and take good care of the ears and not press on them while sleeping. The patient can turn back to the social and professional life one day after the operation. Absorbable sutures behind the ears will be checked 1 week after the operation.

What Does Prominent Ear Mean?

The prominent (protruding) ear is aesthetically disliked by many people situation, which is caused by various reasons such as the angle between the ear and the head being larger than normal, the ear fold becomes flat or the big size of the top ear bowl (conchal bowl).

Can Taping Help With The Prominent Ears Correction?

The tapes cannot permanently change the structure of the prominent ear cartilage. However, in the case of a newborn and 3-month-old baby, bandages and molds used under the supervision of a doctor and in line with his recommendations can correct the prominent ear structure in infants.

At What Age Can The Prominent Ear Surgery Be Performed?

How To Get Ready For The Prominent Ear Surgery?

Before the prominent ear surgery, a number of examinations are performed for the patient under the control of the doctor. These include tests such as blood analysis, anesthesia control, physical examination, measurement and imaging. However, alcohol consumption should be stopped 2 weeks before prominent ear surgery, additionally smoking should be quitted at least 6 months before the surgery and never smoked after the surgery. Since smoking cigarettes negatively affects the healing process, and alcohol increases the risk of surgical bleeding.

How Is Prominent Ear Surgery Performed?

Prominent ear surgeries can be performed under general anesthesia or local anesthesia. Assoc.Prof.Dr.Suleyman TAS utilizes the technique developed by himself called as “A New Way For Antihelixplasty In Prominent Ear Surgery: Modified Postauricular Fascial Flap” which was awarded on the competition organized by the Turkish Plastic, Reconstructive and Aesthetic Surgery Association. Local anesthesia is used with this method, and general anesthesia for the children below 12 years old. After making a small incision behind the ear, the ear is leaned back with a modifed tissue called as a Flap. This way, potential problems such as stitch loosening or dehiscence that may occur later are prevented.

What Are The Advantages Of The Flap Technique?

There are many advantages of the Flap technique developed by Assoc.Prof.Dr.Suleyman TAS with the purpose of prominent ear correction. Since the absorbable sutures are used, the stitches behind the patient’s ear cannot be detached or loosened even 1-2 years after the surgery. Since the ear is leaned back as much as it is necessary, the gap behind the ear doesn’t disappear completely. Swelling and bruises do not occur after surgery due to the fact that no intervention is required in the frontal part of the ear, and due to the splinting which is performed in the inner part of the ear. Due to the application of this technique with local anesthesia and being performed behind the ear, there is no scar in the ear after the operation. Since this technique does not cause any trauma in the ear, those who are operated can continue their daily lives the next day. Moreover, those who were subjected to a prominent ear operation with this technique were called for control in the 1st month, 6th month, 12th month and 2 years. As a result of the controls, no negative change occurred in the ear of any patient.

How Many Hours Does A Prominent Ear Surgery Last?

The duration of the prominent ear surgery lasts between 1-1.5 hours in average depending on the ear structure and the ear image it is expected to reach. Shortly after the operation, the patient can resume his/her daily activities.

How Long Does The Pain Last After Prominent Ear Surgery?

Thanks to the anesthesia applied during the operation, pain is not felt for 10-12 hours after the ear surgery. However, the patient should use painkillers on the first day of the operation. Otherwise, may feel pain. However, in order to prevent possible pain, the patient should follow the doctor’s recommendations. These recommendations include suggestions such as not lying on the ear.

How Is The Process After Prominent Ear Surgery?

The patient is discharged on the day of the surgery. During the period recommended by the doctor, water should not contact the operated ear / ears and the painkiller recommended by the doctor should be used. Bandages should be worn first 3 days without taking them off, and 2 weeks only at nights. Afterwards, it is not necessary to wear any band like tennis player band. However, situations such as lying on the operated ear that may cause trauma in the ear should be avoided. If the doctor’s recommendations are followed, the patient can return to his normal life the day after the operation.

Are There Problems After Prominent Ear Surgery?

In all techniques that can be used for prominent ear surgery, certain problems may occur depending on the structure of the methods. These postoperative problems are basically divided into two as early period and late period. Problems that may arise in the early period include bleeding, blood collection, skin death, wound opening, infection. Problems that may arise in the late period include pain and tenderness when the ear is touched, distortion in the shape of the ear, scars left after the surgery, and stitches coming out after the prominent ear surgery.

The above potential problems, which may vary depending on the surgical technique used, are not seen in all patients. However, thanks to the awarded Flap Technique developed by Assoc. Prof. Dr. Suleyman TAS, a solution to the problems that can be seen in other methods was found. With this technique, which is increasingly used all over the world, the problems we have mentioned above do not occur in any period of the operations we have performed until today.

When The Stitches Are Removed In Prominent Ear Surgery?

The stitches are removed within the first 7-10 days after the operation, whereas the patient can resume his daily activities on the next day of the surgery.

How Much Is The Price Of Prominent Ear Surgery In Turkey?

Prominent ear surgery price varies depending on many factors. These factors include variables such as your doctor’s professional success, the hospital where you will be operated, the type of the protruding ear, and age. To get more information about the price and book an appointment you may contact us via whatsapp number +90 543 456 36 93.

Which Anesthesia Is Used In Ear Surgery?

The type of anesthesia in otoplasty depends on the age of the patient, the existing disease, the drugs used and the fear of anesthesia. The type of the anesthesia to be performed is determined based upon the required intervention and evaluation of your situation on your examination. General anesthesia is generally preferred for children under 10 years of age.

What Is The Age Range For Ear Surgery?

Ear surgery can be done in children 5-6 years old. There is no upper age limit for ear surgery. 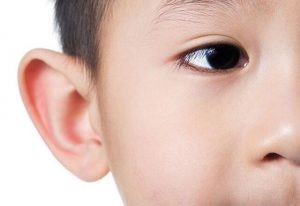 What Should Be Considered Before Ear Surgery?

First important factor is choosing an experienced doctor for your ear surgery. You need to be in a proper communication with your doctor, you must express your complaints and expectations correctly. If you have disease or a medication you use, you should tell your doctor before surgery. The bleeding disorder is an important factor in ear surgery as in any surgery. If you have such a problem or have it in your family, tell your doctor. You should stop taking blood-thinning medications 10 days before surgery. You should stay away from herbs and nutrients that have blood-thinning effects.

How Does the Healing Process Progress After Ear Surgery?

Who Are the Eligible Candidates for Ear Surgery?

People who are thinking about having ear surgery wonder whether they are good candidates or not. Here are people who can have ear surgery;